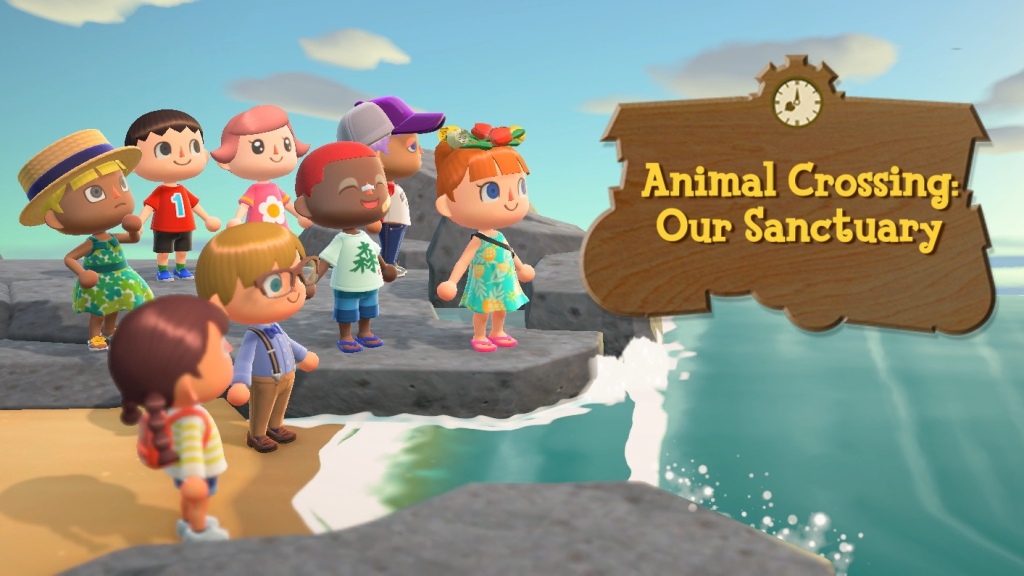 The videogame Animal Crossing: New Horizons arrived just when everyone needed it. It was out on March 20, just a few days after the lockdown due to coronavirus and I dare to say it saved many people’s.

Animal Crossing is a social simulation game published by Nintendo. It is very relaxing because it doesn’t really have difficulties (unless you run out of Bells of get stuck in the middle of nowhere lol). Its music is soft and it makes the game very pleasant. In this game you just harvest fruits, you can fish, collect materials to create things like furniture, and you can even socialize with your neighbors that are cute animals. The only responsibility you have is to transform a deserted island into a paradise of your own. It’s very enjoyable!

The need for the game boosted Nintendo Switch sales, making it the best selling console in March. Finding a Nintendo Switch during pandemic is like finding a needle in a haystack! Animal Crossing: New Horizons sold millions of copies and it’s still counting. The game is set to be one of the best-selling games of 2020.

Animal Crossing gave us the chance to go out to the world while being in quarantine. Everyone was chilling at a virtual beach along with their friends. People didn’t lose time and even made a requirement to use a face mask in the game so you could visit their island. The game quickly became a socializing trend where friends hung out, made mini games and events. My friends and I played the musical chairs, some did running competitions, others even did garage sales. The common joke was to use the sneezing emote to panic everyone around you.

Quickly everyone started to forget their anxiety of being locked home, their worries about COVID—19 started to disappear. Everyone was living a happy life thanks to a simple game. It was pretty much like that time Pokemon GO was launched, that everyone was outside, everyone was friendly catching Pokemon around, except this time we were all apart, but together virtually.

Since many activities were cancelled due to the pandemic, people got creative and did it in the game! Concerts, graduations, dates, company meetings, weddings, engagements… you name it!

The game was so powerful, it united the world! There are no problems or hate between gamers. The game is so inclusive, you can change your character’s gender if you like it. There are no limits to the clothes you can wear; everyone can wear a dress, everyone can have a beard. And let’s not forget that some villagers hint subtle references to queer relationships, including the Bug collector and Fish collector, which mention they are partners. There’s no discrimination, there’s every skin color and everyone love each other. It indeed is a paradise! The clothes shop also features clothes from all over the world: Korean, Chinese, Egyptian, African…

The fashion world didn’t lose time and took advantage of this game by making in-game runways. Berlin’s Reference Festival hosted a fashion event showcasing inspired designs by Loewe, Prada, and GmbH. Thanks to the feature of custom designing, many are creating looks inspired by renowned brands such as Dior and Louis Vuitton. Some brands like Valentino created their own custom clothes for the game.

Animal Crossing is highly educational. It has a museum ran by Blather, a very wise owl. He explains every kind of creature you donate to the museum with real facts. You can give him the bugs and fishes you catch to then showcase them at the museum. It also teaches how to save money, how to earn it, and overall, how the economy moves. It also teaches art with the most recent update where the museum included an art section.

There are many celebrities hooked with the game. Brie Larson, famous for being Captain Marvel, is a super fan! She even got an Animal Crossing-themed shirt and the Animal Crossing version of the Nintendo Switch.

Elija Wood wrote to someone on Twitter when they posted their turnip prices. The person was shocked when they found out it was the real Elija Wood who was visiting their island.

Lil Nas X was also super excited to play the game and even invited his fans to play.

Many K-Pop idols such as Taeyong and Winwin from the group NCT expressed and showed via social media that they were enjoying the game as well.

Not only celebrities are playing, but people are creating them in-game. You can easily find a Lady Gaga

And even Dua Lipa!

Due to the longest lockdown, the game became a platform to address real life issues as well. Hong Kong protesters are using it to fight for democracy, which led the game to be removed from stores. During the Black Live Matters protests, many gamers who couldn’t go out to fight organized their own in-game protest with signs and all. Even PETA made their own protest against the fish and bug museum and a group started running around the place screaming to free the poor creatures. During this pride month, people are using it also to make the so colorful and wholesome pride parades virtually.

Animal Crossing is the ideal world everyone has been longing for, where love is stronger than hate, where nobody judges you. I think this game came at the right time to teach us a lesson and we definitely need to follow the example.

You can buy the game at the Nintendo E-Shop, on Amazon or at stores like GameStop, Walmart, etc.