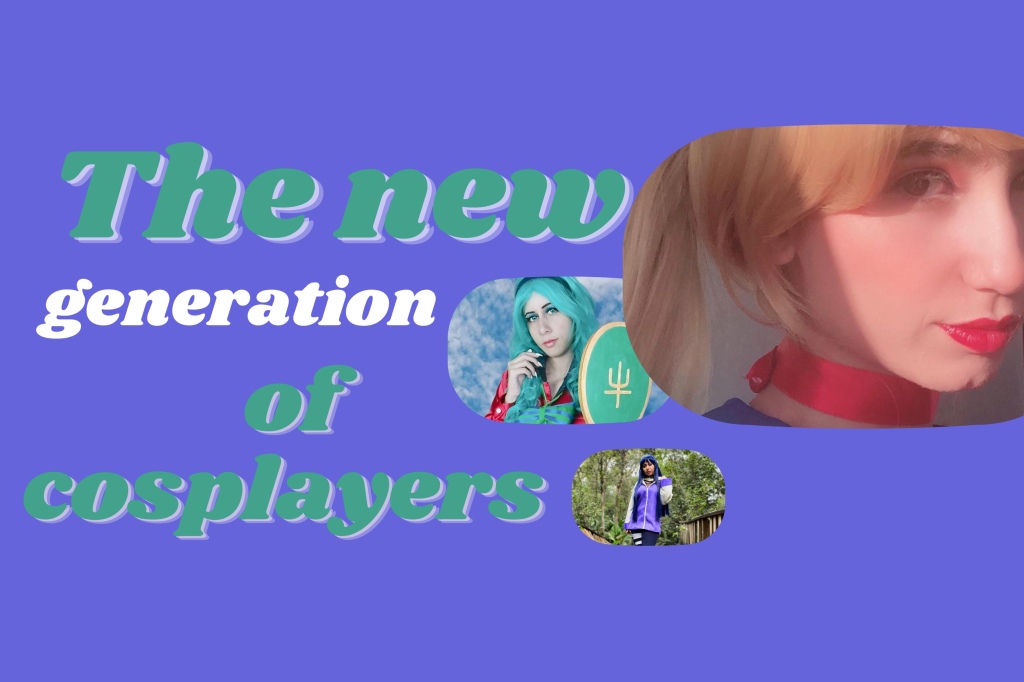 This past weekend I had the opportunity to attend Comics & Anime Expo in Ponce, Puerto Rico. This is the first convention after the pandemic and as cosplayers, we were all excited. Even though the event took place at a mall, everyone had the time of their lives because we got to go out dressed as our favorite characters after such a long time. Vendors were pretty excited too, as this was an opportunity to showcase their newest creations and earn money through what they love.

I was pretty euphoric to see who was new, to meet new people, and to see my old friends, of course. I was also worried because, even though most of the people are taking care of themselves, the COVID-19 cases are on the rise again. The day before the con, some people were making really bad comments, wishing for people to get infected, and saying all kinds of bad stuff, so I was nervous.

When we arrived, I noticed the atmosphere was different, but in a good way. A whole new generation of cosplayers was right before my eyes. I cosplay since 2010, meaning that I’ve been in the scene for around 11 years now. I’ve seen it all; from historic events such as two Puerto Ricans going to the World Cosplay Summit in Japan to really bad local dramas. I’ve seen old cosplayers become parents, others retired to focus on their studies or simply don’t have time anymore because of work, and those who lost motivation. I’m from the middle generation, those who started with really awkward cosplays, made with our own hands because at that time it wasn’t as easy to get them online, when PUERTO RICO COMIC CON was just a tiny room at the Convention Center. Even though we had our struggles, there was always such a bad vibe in the air.

This new generation of cosplayers are bringing the “PLAY” to the “COS” and I absolutely love it. These young people are doing everything right, they are doing cosplay for what it is: to have fun. I felt like nobody was worried if it was accurate enough, as long as they were having fun, nothing else mattered. People that barely knew me were super nice to ask for pictures, to have a brief conversation with me without judging anything. In the eyes of these cosplayers, your cosplay was amazing if you were having fun in it. I got so emotional! Never in my life as a cosplayer I haven’t felt judged, and is honestly a great feeling. To see them walk down the halls of the mall without a worry, just laughing and acting as the characters they were cosplaying was wholesome enough to motivate me to get back.

Most of these cosplayers come from quarantine season and that alone is worth of admiring. They had the motivation to get better, to put on every piece, to wear makeup, and to take photos. My quarantine self could never! They are dedicated, yes, but the most important thing here is that they are doing it for fun. I feel like my generation of cosplay lacked that part. Many were doing it as a competition, everyone was worried for who did it better, who looked better, who was more accurate… we failed the “playing” part. But imagine if this generation is not paying attention to that, that in the convention there was a cosplay contest and only a few participated.

These people are bringing new ideas everyday and I think that’s what we needed. They are keeping the cosplay community alive and active, inspiring others to continue their work. A group of them created and event during quarantine called Puerto Rico Virtual Con where they exhibited artists works, they also offered different panels where local cosplayers would talk about their experiences or give out advice on different topics.

Another group created a virtual cosplay magazine, which gives everyone a chance to showcase their work, including photography.

Another weekly even created by cosplayers was the Friday Makeup Cosplay, where the creator picks a theme and everyone posts cosplays, art, or makeup inspired by that theme.

Each one of them is genius! Y’all should give it a try!

Maybe it was that everyone missed these events, but the walls were filled with joy and there was definitely a change. I was really proud to see that these kids are continuing with the legacy, keeping the art of cosplaying alive and bringing the “PLAY” to the “COS”. If you’re from an older generation of cosplayers, I invite you to give these new guys a chance, there’s a lot to learn from them as they are also learning from us.