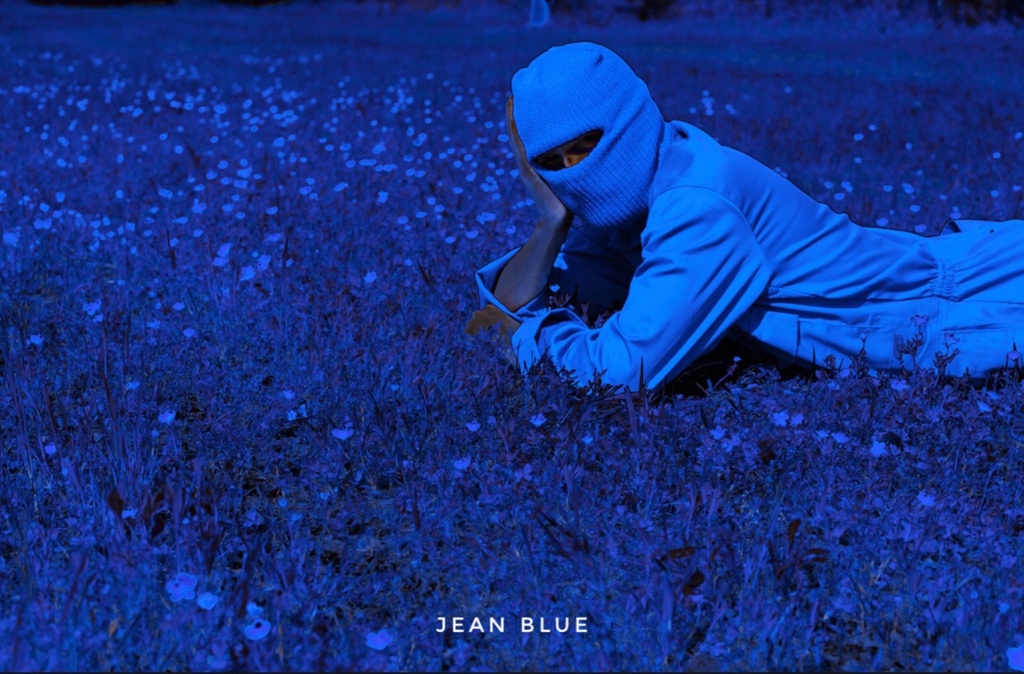 April 12 at 3:57pm (Miami Time), I received an IG DM from Lazy, i. responding to one of my Insta stories, do you ever write about music? I kinda went blank for an undetermined amount of time later replying to him, do you want to have an interview? I have not been present on my personal IG for a while so I open that bih and stalk-scroll Lazy, i.’s profile to get a glimpse about his new project. Straight forward, he said, I’d be down. I am dropping an album with my friend, Roger Songbird, AKA the birth of Jean Blue.

Ever since I met Lazy, i. (circa 2014) he has demonstrated to be solid about his tunes and showed an unrealistic level of loyalty to music. We developed a friendship so rad that included whimsical shenanigans to recording sessions, playing live every Tuesday at the Electric Pickle -where I followed him like a modern-day groupie- and many other places which I cannot recall. I surely remember him playing or taking someone behind the drums for him to warm up that passion he carries within. When we discussed Jean Blue, I could not be more proud of him. My emotional wreck drove us apart but my love for his music kept us close. Everything produced by Lazy, i. is so picturesque to the point that, if you listen intimately and close your eyes, you could revive your childhood, a love story, or a reminder of that moment you felt emotionally unable.

By: Roger Songbird X Lazy, i.

Q: For those who doesn’t know you, what is the meaning behind Lazy, i.?

A: Well my actual name is Yadiel Sanchez. I was born in Cuba and moved to Miami at the age of 5. The name “Lazy, i.” derives from a few key traits or characteristics that could be used to describe me. I have a lazy eye. You couldn’t really tell, only when I look at you quickly or from far away. Being that I am a Taurus, I’m lazy and self-indulgent by nature. The way the name is also written is important to understand that I am lazy, therefore, I am Lazy, i.

Q: How did you and Roger meet? What was the factor that attracted each one of you to make this collaboration happen?

A: We met through his girlfriend, Marylin. He lives in LA so we’ve never met in person. All our contact has been through text and some FaceTime. I think we just really vibed with each other’s general vibe and sound. We felt we complemented each other in that respect.

Q: What would you say it was the muse that inspired the production of this album?

A: For me it has been as simple as life. Life is kind of my muse and OFC the love for music itself.

Q: Did you guys encounter a point of a “creative block” at any time?

I wouldn’t say we had anything like this. Some of the issues really came up during the final phases of the process. It almost felt like all the songs flowed one after the other.

Q: When did the production/recording begin?

A: A lot of the beats (music) were done a while ago. Some are my earlier works and some of them are my newer beats. I sent Roger some beats, he got onto my SoundCloud and within a day and a half or so. He sent me back 15 of my beats with some sick vocals. At that point we both knew that we had to make this project happen and that we had something special. That happened two weeks ago. We basically agreed to make this happen as a Collab EP only two weeks ago. Feeling flustered by having to leave a lot of good songs out we said fuggit and opted to add more songs and make it an album.

Q: During the whole collaboration, who would you say it was always “spitting the ideas”?

A: I personally think Roger is one of the most creative people I’ve ever had the pleasure of working with. During this project I think there was a lot of compromise and we both gave a lot of input. I think Roger really was feeling the vibes and he really had some specific ideas we got to see through together.

Q: Is this your first album? How did it feel working with this project?

A: This is my debut album. I have other bodies of work on SoundCloud, they’re mostly instrumentals. Roger does have other projects on streaming platforms though. This project was an extremely humbling yet satisfying experience. We had some challenges as I’m not a certified mix or mastering engineer. Also due to Covid and not having much work we couldn’t really afford to get them sent to any fancy service or studio to get mix and mastered. Altogether we had to brush up on a lot of new skills and open ourselves to different techniques.

Q: How long did it take you guys to polish all 9 tracks?

A: Once Roger sent me all the stems for his vocals I think I put in a total of over 100 hours (maybe more) to level, pan, mix, test, and then master these tracks. All the tracks took multiple attempts and tests to get the best we could.

Q: Which one is your favourite song/track from the entire album?

A: They’re all my favorite to be honest. But if I had to choose I’d choose Usual Suspect… maybe on a different day I’d say Compendium lol.

Q: How would you recommend your album to others?

This is not just an album. This is an emotional journey masquerading as an album. From the beginning, the intro grabs you and cleanses your sonic palate and prepares your mind for some genuine and beautiful yet raw emotions. Then each of the songs will take their turn guiding you in your journey through our minds. This album is the combination of two different individuals who feel deeply, but at the same time, they feel differently. This is an album about the human condition and our struggles with life, our hearts, our minds, and our souls. It’s not a conventional piece of derivative art… it’s a collection of eclectic, relatable experiences.

Q: What streaming services we can find the album at?

A: Literally all of them! Even the ones you don’t know hahaha. Basics: Spotify, Apple Music, Tidal, Deezer, Napster, etc…

Spoiler Alert! I had the luck to listen to the album on its entirety. Jean Blue promises to be an eclectic wave of emotions for our quarantine blues and thank the Universe for something unpredictably needed. I absorbed this musical journal as an abstract piece of art daunting my every-day music choices. I even have favorites but if I tell you would not I be saying to much? Just kidding! Once May 1st comes around the corner, I want you to blast Compendium and Queen (1995)!

Do not forget to save the date like an adolescent saves his condoms in his wallet! |Jean Blue, May 1st @ 12pm (New York Time)|

P.S. My intuition tells me that I have let you intersted to know more about these two spectacularly talented creatures. In that case, I will redirect you to Lazy, i. and Roger Songbird IG for your indulgence.